What Facilitators Do: Reflect

It may surprise people to know that facilitators are in the feelings business. They lead people through substantive matters like agenda building, issues identification, options brainstorming, or agreement-crafting. They also deal in feelings. Feelings are not only substantive; they matter. The second task of facilitators is to reflect them. (The first task is to reframe demands. See the earlier post, “What Facilitators Do: Reframe”.)

People who facilitate dialogue in workplaces —  organization development practitioners or mediators, for example — already do this. To do it well though means more than just mirroring someone’s feelings. Three elements make reflecting effective: acknowledging, honoring, and crediting.

Having feelings is one of the things that make humans arguably more advanced than other mammals. We can feel and integrate reason and logic. We feel, think and act — and have awareness of these things as we are doing them.

When disagreements or conflicts come into the picture, feelings get complicated or they get submerged in the conflict. Facilitators are sought out because situations have become untenable or feelings unmanageable. Often, people come to the table with what they think is the problem. In the course of a facilitation, they discover new information that brings new emotions or surfaces hidden ones. In order to come to an understanding or reach an agreement with the person across the table, they must confront feelings — theirs and others.

Often, the richest part of a discussion involves talking about the nexus between feeling and action — how feelings lead to action or the feelings arising from an action. People often say they are “stuck” and what they may discover is that they are stuck in a feeling or stuck in-between feelings. It’s healthy for people to identify their feelings. For those for whom the expression of feelings is uncomfortable, to be able to say, “I have this feeling and I don’t know what to do about it” is a kind of breakthrough.

Here’s an example of what not to do: I have a friend who found herself in-between relationships and was having a tough time. Kate told me she was depressed. My response was, “this will pass”. A better response to acknowledge the hardship Kate was experiencing would have been, “You do sound depressed…I’m sorry to hear that.” Even more helpful might have been to ask, “Is there anything I can do?”

Sometimes it takes going deeper:  The second part of reflecting is honoring.

This can be difficult because honoring means spending a little more time here than we’d like. It can be really uncomfortable to stay with a feeling when it would have been easier to bypass them. Yet, feelings need airing. Working through the discomfort can yield great learning. Even silence can be uncomfortable, but potent.

Sometimes, in the presence of awkward pauses or silence in a conversation, people will rush in to fill that space with a joke, a movement or an action, or a non-sequitur. Facilitators, instead, allow enough time and space for people to feel, to express what they feel, and to process what they have felt.

I rushed in with a non-sequitur recently when I asked a friend whom I hadn’t seen in a year how she was doing. When she said, “I feel old”, I immediately said, “You look great!”. Looking back, it wasn’t flattery she sought but a recognition of what she was feeling — in fact, she was honestly answering my question of how she was. I could have acknowledged the sentiment with a reflective statement: “You feel old?”  Or I could have shown empathy with a statement like “Oh really? “What’s going on?” The latter communicates my hearing her and my willingness to stay in the moment with her. My actual response, “You look great,” almost nullified her feelings.

There’s a person behind each feeling and honoring feelings, in turn, honors the person.  It doesn’t mean fixing, problem-solving, or even agreeing with the feelings of others. It does mean empathetically connecting with that person. It means that though we might not be in their shoes, we can imagine that if we had been, we might feel as they do.

Beyond acknowledging and honoring feelings is crediting. Crediting is a healthy appreciation that feelings are data points that can provide direction or insight in a way that reason or logic alone may not.

Like a sensation of burning provides information that we’ve  touched a hot surface, feelings — even uncomfortable ones — are indicators that we’ve reached a threshold of some kind in our knowledge, skill, or competence. It’s a threshold we need to cross.

Crediting feeling is the re-claiming of feelings as opportunities to teach us something about a person, a situation, or ourselves.

Observations in the Workplace

if we don’t give feelings—-the good, the bad, the messy, or the ugly— air to breathe, they can surface in places we least expect. As an example, think about a time when you’ve witnessed an angry outburst from a colleague or a statement they’ve made that seemingly came out of nowhere. That outburst likely came from a feeling that wasn’t addressed, but likely suppressed.

Feelings are ironic:  We can’t live with them or without them. In the workplace, this manifests as two different treatments.

We celebrate positive feelings— we laud achievement, success, or milestones reached. We respond well with feelings of pride, elation, joy, excitement. What we don’t do is respond well to hard feelings. We are less versed and less practiced talking about and dealing with feelings of failure, anger, defeat, loss, disappointment, even grief.

Because it can be difficult to express feelings, the Center of Nonviolent Communication created a “feelings inventory” to assist people in naming feelings. Use this when “mad, sad, and glad” aren’t adequate or insufficiently descriptive of describing what’s going on inside of us.

The second task of a mediator is no one-shot deal.  In the course of a conversation, facilitators continuously shift between reflecting feelings and reframing demands.

When feelings are acknowledged, people are better primed or attuned to other substantive parts of a facilitation — the agenda, issues, options, or the agreement.

When honored, feelings take their proper place along with reason and logic as important elements in reaching a satisfactory agreement.

When credited, feelings can reclaim their place as a force that enriches our experiences and reflects our humanity.

Feelings are crucial to our making sense of the world. They hold power to teach and point us back to what truly matters.

What Facilitators Do: Reframe

Vinh Do helps individuals dialogue when they are in conflict. He also helps organizations make better informed decisions and gain participation from those impacted by change. Vinh started Brave Change Works, LLC, to harness the forces of conflict and change and because he believes working through conflicts and change begin with dialogue. He’s a professional mediator and a graduate of NTL Institute. 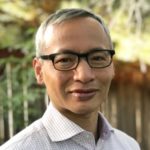