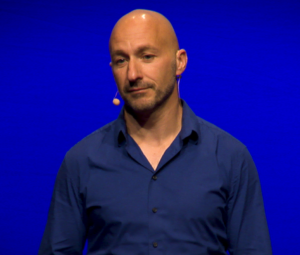 14 September 2018, the IODA 2018 world conference in Istanbul, Turkey. A group of people gather in the a meeting room in the basement of Denizbank. The title of the workshop is called ‘Man Made Money’ and together they are about to explore the effects of a monetary system on our behaviour and society.

Money, our political leaders lose sleep over it, and the chances are that you, as an OD consultant, do as well sometimes. After all, money is the blood of your business and the economy at large. Where it flows, it creates abundance; where it is scarce, struggle and decay follows, just like organs dying when starved of blood.

Money is a strange beast; after handling it, it makes us less willing to help others. It’s hard to believe that this peculiarity actually starts at the age of three! However, human beings are inherently social and are generally geared towards sharing and collaboration.

Money is perceived as scarce. It always seems that we have too little of it. Paradoxically, did you know that it is us who decide how much money we create? Yes, money is a man-made system. It’s a bit like software, and just like software, money can be designed.

It becomes increasingly clear that the current design is flawed.

Today, there are too many crucial areas where there is a shortage of money, or in other words, where the flow of money is hampered. Examples of these ‘underflowed’ areas are people in poverty, our education system and our health and environmental care, to name just a few.

The question that presents itself is: does money serve us or do we serve money?

Today, you can acquire money in four distinct ways:

The currencies that are used in our current monetary system – of which some of the most important are: Euros, Dollars, Pounds, Yen, Peso and Yuan – are mostly created by banks when you take out a loan. The banks charge an interest on this loan. The money for that interest is however not created, which results in there always being more debt than money.

For a more detailed explanation about how our current system works, take a look here.

Our current design is flawed. If not mitigated by redistribution systems, this design favours those who already have a lot of wealth; the growing inequalities between the very rich and the poor highlight this. The surreal part is that, even for many objectively rich people, the design doesn’t provide a happy life.

What if we could recognise everyone’s potential and acknowledge that financially? What about financing services to society? What if education, healthcare, environmental care and other services to society always had adequate money?

Since money is 100% man-made, we can design a monetary system that creates the money for that and ensures money always flows to where it is needed.

The Sustainable Money System (SuMSy) is a monetary design to make people feel more optimistic about the future and to unlock the innate goodness of people.

SuMSy is built on three pillars:

These three pillars add to our individual and collective wellbeing.

Financial anxiety is largely reduced, as we can ensure that we have qualitative services to support a well-functioning society and, because money is in constant flow, getting access to it for your value driven projects becomes easier. This is partly because you can always tap into your guaranteed income and partly because people will be more willing to invest in intrinsically valuable projects than they are today. The need for financial return on investments will be reduced.

A first introduction to the three pillars of SuMSy

The SuMSy design creates money for a guaranteed unconditional income. The reason is straightforward: when we feel financially secure, our stress levels are reduced, which is a gateway to the improvement of other facets of our lives. Because the money is created, we don’t have to worry about how it will be financed.

By now, you might be saying: “Hold on, you can’t just keep on creating money! It will cause inflation! Prices will rise and money will lose its value!”

Demurrage: the shield against hyperinflation.

When money is constantly being created, it starts to lose its value. If new money is added, prices rise, meaning that you’ll need more money to buy the same product. There are plenty of examples out there and one of the most notable is what happened in Germany after World War I.

Therefore, constant creation needs to be balanced by taking some money out of circulation too. To make sure that money is removed from the system, we need to introduce two things:

The money coming from the demurrage fee isn’t going to waste: you choose which project for the common good is funded with the fee you are paying. When you don’t make use of that choice, the collected money is used to pay for financing services to society and is distributed equally among them.

When a service such as education, environmental protection or health care is overfunded, the surplus money is taken out of circulation. When a service is underfunded, extra money is created for it. That way, we make sure that no services are ever underfunded and by taking surplus money out of circulation, we keep the total amount of money in check, thereby guarding against inflation.

The demurrage fee has another significant effect. Because holding onto money starts costing money, an incentive is created to make the money flow, and that stimulates the economy in a balanced way.

Will SuMSy solve all our problems?

The simple answer is “no”. Money is just a number, or a vessel for value. Until we have the same outlook on the things that are truly valuable to us, frictions will arise.

That being said, an appropriately designed monetary system can go a long way and, as you know, thinking about building the perfect system is often an excuse to do nothing.

That’s why Happonomy has a few initiatives within the monetary sphere on its radar. Building and experimenting with this new Sustainable Money System is one of them.