The power of emergent and generative metaphors: reflections on dialogic work within a South African organisation 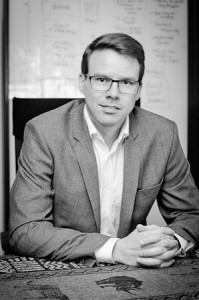 In a recent participatory narrative inquiry (PNI) on organisational culture, employees of a manufacturing facility used spatially orientated metaphors (up-down, top-bottom) to describe the issues in their organisation. Management was spoken of as ‘up there’ in the office block, while factory floor staff referenced themselves as being ‘down here’. This was an organisation struggling with a sense of separateness and it was rooted in the metaphors and stories people told about the place.

I do not believe that the metaphors we use to describe our organisations are innocent. Thanks to Lakoff & Johnson (1980) we know that our conceptual systems are structured metaphorically – we see and make sense of our world through the metaphors we use in everyday language. The same is true in organisations. This is why I believe that OD practitioners should be keen metaphor harvesters.

Pointing to patterns in the dialogic construction of the organisation, these metaphors revealed two very different worlds at the factory. The bottom world was the shopfloor, a blue collar, manufacturing environment, with staff of lower pay grades, lower levels of education, and predominantly black South Africans. The office world was seen as the corporate, white-collar office with highly paid knowledge workers, with high education levels. 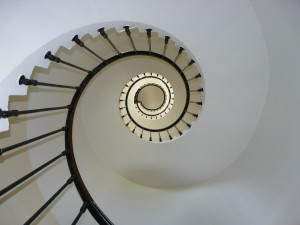 When launching the change process, this organisation did what most do: assign an aspirational name and image to the change in the hope that it would communicate the nuances of the changes to be adopted and motivate staff to invest in the process.

In the PNI we began to hear latent metaphors that spoke of a richer image of the change people were grappling with. On one hand, they spoke of the change as a fast moving train, which was not stopping, and did not seem to have enough space on it for everyone who is currently employed at the factory (in the face of looming retrenchments). The other metaphor was of metamorphosis and how the factory was an old, tired, unappealing caterpillar in need of a revamp to become a butterfly (referencing the CapEx project to upgrade the decades-old facility). This is an arena where Bushe & Marshak (2015) have much to say about the importance of generative images within organisational change.

The tensions between chosen, visible metaphors of change (often spoken into being by senior leaders) and the latent, emergent, naturally occurring metaphors of change in the dialogic landscape of an organisations are often unacknowledged and unattended to. As the ‘chief storytellers’, leaders feel compelled to speak positive, aspirational change metaphors into being within a change process. Sometimes these metaphors are helpful, but most times they are incongruent with the dialogic landscape of their organisation. It takes courage for a leader to ‘loosen the reigns’ on the authorship of the collective narrative, and let the emergent and organic narrative have author-ity in the process.

There is immense magic unlocked when a change process is rooted in an emergent base metaphor – a generative image chosen and negotiated by staff in participatory dialogic processes. Thankfully, these metaphors are already at play in the contours of an organisation. Leaders simply need to listen out for them.

Aiden Choles runs The Narrative Lab, a dialogic OD and applied research firm in Johannesburg that blends story-gathering and story-editing approaches in order to engage with underlying storylines to bring about meaningful change.