PRESENCE OF OD IN WORLD SOCIETY

The universal nature of knowledge can constitute world change movements, as we have witnessed in medicine, physics, and agriculture, each at its own time. In the field of human learning mathematics, psychology, and languages, for example, all have had a vital influence on the growth of human re
lationships.

In this reference, Organization Development, known as OD, is gaining ground in world society because it is an international movement, and the knowledge it propounds is being successfully applied in different societies, in a great many organizations and institutions, business corporations, family enterprises, and even in small and micro businesses, on all five continents. How can we explain this progress? How come OD went from being a local movement 50 years ago in the United States to an international movement in 65 countries in five continents? 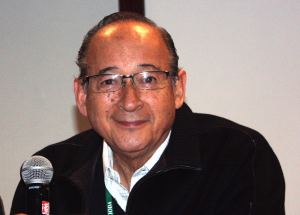 There can be three main reasons for this global expansion of OD.

1. Scientific Research: Over the past 100 years, many sciences have been raising their levels of scientific research, going beyond their earlier vernacular, empirical concepts and becoming increasingly professional. Professional research, in turn, raised the hierarchy of knowledge to more scientific levels: for example, the leap from classical physics to quantum theory. This is just as true for OD.
2. Human Understanding: The field of knowledge that was lagging behind was knowledge of us human beings ourselves, and a superficial attempt was made to understand and comprehend ourselves as individuals and, later, in our different roles as our age and inner life changed.

3. Participatory Governing Approach: When we spoke of phenomena of human behavior of a group of five to seven people, an unmanageable complexity was revealed, and the value of human relationships started to take on crucial importance. If we spoke of the masses, we came to the conclusion that multitudes don’t listen and don’t reason, and are incapable of analyzing; and democratic styles started to fall apart. Authoritarian styles began to be looked upon with more favor; but in the long term, the signs of failure were very serious.

At the last year Second World Congress on Organization Development (OD) held in Portland, Obregon, USA, for example, I was able to observe the following indicators in a workshop I conducted:

The topic was the relationship between Organizational Development and Democracy: In the workshop there were Brazilian, Mexican, American, Canadian, Belgian, Israeli, Hungarian, German, Chilean, Japanese, and Philippine consultants, all united around OD practices. What could have created barriers in our collective understanding? I can think of at least eight.

e. differences in their formation as nations.

Nevertheless, there was comprehension of the topics of reflection; all had an understanding of differences with respect to change in organizations and governments. We shared a clear understanding of political vision and of political power vis-a-vis social changes, and we discovered that OD had advanced in the understanding of the changes that many countries are living through. How? What were the common themes of these 11 different countries?

It is also possible to imagine that certain problems that different organizations are experiencing, in different countries, can now be solved by OD consultants; there are no longer problems that a native consultant would be better to deal with, because solutions have now become globalized. In this scenario, we can see the evolution of OD: from studies and practices focusing only on behavior, it has moved on and evolved so that it is able to address the following business needs today:

1.How to manage a succession in power of the Direction.

2.How to help prevent accelerated growth from weakening the organization.

4.How to make the company’s values become ingrained in employee behavior.

5.How to value Culture in Organizations.

6.How to solve disputes quickly, leaving sound lessons for the future.

7.How to improve leadership styles.

In aspects more related to leadership, OD has also advanced in the political plane, for example:

1.How to bring into being collective efforts for long-term change.

2.How to make faster decisions that societies are waiting for.

3.How to manage power and not let yourself be managed by it.

4.How to announce social changes that will awaken social endorsement.

5.How to raise the level of democracy, to facilitate government actions.

6.How to create social movements that enhance democratic thought, creating trust in

the people towards their governing authority.

Many countries are seeking to become stable, converting those points into strengths. A global OD presence can help accomplish this. Through scientific research, deeper human understanding, and a participatory approach, OD is spreading like wildfire on the global stage.