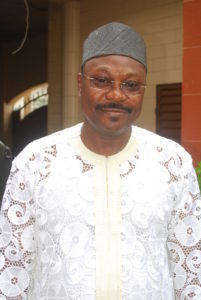 What if we thought of strengthening the capacities of Beninese executives in OD to support the change induced by the reforms under the “Rupture” era?

Unfortunately, in West Africa, there is a recurring fact about the weakness of the systems in place and the difficulty of the states in ensuring a quality public service for all citizens.

The capacity of the state to take charge of the rights and duties of citizens is best assessed through the quality of the public service.

The poor functioning of the public service generates bad governance, and this in turn maintains the mediocrity of the public service offer. Governance is often seen as the exercise of economic, political and administrative authority to manage the affairs of a country at all levels. To do this, it encompasses (i) the mechanisms, (ii) the process and (iii) the institutions through which citizens and groups of individuals or associations express their interests or opinions, exercise their legal rights, assume their obligations and to whom they address themselves in order to settle their differences.

Good governance is characterized by participation, transparency, accountability, efficiency and equity. Administrative and institutional reforms aim at a perpetual improvement of governance. They are therefore necessary for public action.

Benin’s public administration has been characterized by several dysfunctions for several years despite the efforts of successive Governments. Benin has experienced several programs since its independence to the present day. But none of them has really helped to overcome these dysfunctions that compromise economic and social development, even lasting security and peace.

UNDP has financed for Benin a Project of Support to Administrative, Institutional Reform and Public Service Reform which aims to contribute to the modernization of the administration in order to offer quality services to populations. But the results are mixed.

Since the advent of the regime that came into place in April 2016, Benin has seen the improvement of public service in the health sector, public security, education and partisan system to name a few. Political courage and willingness to make qualitative changes led the current Head of State to adopt a management system based on state agencies and offices in his very first Council of Ministers in order to remove the bottleneck with the nonsense and heaviness in the public administration.

It should be noted that most of the actors who are responsible for the dysfunctions of the health, education, public security and partisan systems are the same ones who carry these reforms with qualitative changes that are variously appreciated.

What could have changed?

He has managed to adopt a managerial approach with structuring actions based on the application of existing texts and the implementation of coercive actions that give them all their values ​​for collective morality.

But he is misunderstood. Resistance is becoming harsher and more violent by those who see their privileges, which have been built up over the past few years, blight on bad governance. Some appreciate the reforms but find the approach unorthodox.

The need for support based, inter alia, on the organizational and institutional development of public services, the promotion of certain social values, the strengthening of the operational capacities of public services, the promotion of social dialogue with a view to the establishment of a spirit of consultation and partnership between public, para-public and private actors, etc. becomes necessary in order to reduce prejudices and make reforms, a lever for the economic and social development of the country.

In addition, the reform integrates culture at the social level, which is a material and immaterial dynamic social system made up of interactive subsystems. The culture of development is the one that imparts an entrepreneurial spirit and emulation, as well as the collective relations of synergy favorable to actions of progressive and lasting improvement of the life of a community.

It appears necessary in a developing country like Benin to overcome the factors of inertia and to meet the challenges of increasing the efficiency and productivity of public action.

What is at stake here are skills, knowledge, and behaviors.

If we can positively influence these different parameters of the supply and use of the public service, we will have contributed, modestly, to bring together the visions between political actors, agents and users and to feed the national debate in good delivery of public services.