IODA FLOURISH! An Invitation to join us in South Africa in 2017

An Invitation to join us in South Africa in 2017

What a privilege it is to be inviting the International OD community to South Africa for the 2017 conference. It is with warmth and great excitement that we can announce the IODA Flourish! Conference for 2017 open. We can’t wait for September so we can receive you with open arms and ululation, and have already been hard at work getting ready to welcome you in Stellenbosch, near Cape Town.

The 2017 conference is a collaboration between IODA and the South African OD Network, the local community of practice for OD in our country. The SAODN has been hosting our own local conference since 2012 entitled Flourish! And we hope to offer some of our co-creative and emergent conference design principles and core community practices and wisdom to add a South African spice to the already amazing and vibrant IODA conference experience.

The last time the South African conference was hosted in South Africa was 1993. What a different country and society we were back then. Nelson Mandela had already been released from prison but was not yet president and we were in the throes of negotiating a transition to a more inclusive democracy, trying to figure out how to dismantle the systems, societal inequities and deep scarring of apartheid.

Now, twenty-three years into our democracy, we find ourselves changed and yet also not changed. The kinds of questions we are confronting as a society are tough and complex ones. We have passed the time of platitudes, reconciliation and rainbow-nation talk. We have entered the era of decolonisation, really needing to address issues of agency, frustration with power and privilege, access to resources and inequities in society that run much deeper than our short time as a free society has been able to heal. We have been “free” but remain one of the most inequitable societies in the world and issues of identity and belonging are wrapped up in the struggles of this time.

This theme ends with an exclamation mark as well as a question mark. In South Africa we are thriving and want to thrive through the principles of inclusion and a celebration of diversity. At the same time we are really still trying to figure out how to do so, and how to work with our language, gender, culture, religious, economic and racial diversities.

We realise that the previous sentence itself may cause a collective intake of breath and shock. Surely it is better to talk of ethnicity and not race? Maybe a bit of a preparatory note then for those coming to the conference – in South Africa, we are grappling at the coalface of diversity and we are not dressing the conversation up in political correctness. We talk about race and we will continue to talk about it unapologetically until it is less loaded, controversial and emotive to do so. Maybe this is part of the offering we have for the IODA community…

As part of our local community’s preparations for hosting, our 2016 Flourish! Conference convened around the theme of power, influence and race in organisations. The two-day conversation was incredibly honest and provocative with many a contribution by our fellow Southern Africans from Zimbabwe now living in South Africa also making a huge impact on the dialogue. We’ve thought of this as part of the preparation that will enable us to dive deep in 2017 when the broader international community join us.

We have been hands-on in the praxis of working with diversity and inclusion. We have tested and developed theory around this, and we have succeeded and failed in our practices. What we can’t offer is a story of pure success and triumph. We can’t offer development and transformation tourism. We can’t offer simple solutions to the very complex problems of our society, communities and organisations. We can offer lots of lessons learned, we can offer our questions, we can offer the messy business of really being committed to figuring it out.

That being said, we really also look forward to learning with the IODA community. We would like to encourage everyone reading this newsletter to consider whether you have something to share and offer around issues of diversity, inclusion, deep democracy, transformation and what it takes to thrive in a world that is decidedly plural, multi-everything and complex. We have received a dramandous amount of proposals and currently we are working on the conference programm.

The wine yards meet the mountains

COLLABORATORS RATHER THAN PRESENTERS

A quick note of clarification – the Flourish! tradition is to speak of collaborators rather than presenters. Why do we do this? The conference design supports mutual learning and equal participation, through different, shifting and shared roles from everyone participating. Collaboration implies co-creation and participative ways of sharing experience, theory and questions rather than providing sanitised “solutions” and absolute truths in a one-directional way. Part of the evaluation of proposals is to look at the participative design of each session. We believe and have found this to be deeply attuned to the values of OD. It has served us well at our local Flourish! Conference up to now and we love sharing what works.

What this also means is that the shape and nature of our three days together will emerge from the direction and questions raised by the collaborator proposals received, rather than casting them in stone from the outset. We know there will be a theme for each day, but we don’t yet know what this will be. As the proposals are evaluated and accepted, the true direction the community is interested in exploring will become clear and we will share this with everyone. So, keep your eyes on the www.iodaflourish.org.za website to be in tune with what is taking shape.

Registrations are already open, with many registrations starting to come in. There is an attractive Early Bird special that runs until April 2017 for IODA and SAODN members, so if you know you are coming, register now to save on conference fees. Special student and pensioner rates also apply. You need to make your own accommodation arrangements. There will be limited accommodation on site, with many amazing options for staying near the venue, ranging from self-catering chalets for families and groups to comfortable guest houses and fancy hotels. Conference Registration

We will be hosting a formal dinner on the evening of 7 September as per the IODA tradition. We will also be hosting a more informal evening with wine tasting and a light meal on the evening of 6 September. It is with great excitement that we can share that the ISODC will be co-sponsoring the 6 September evening, thereby strengthening the early shoots of international cooperation between all the international bodies that represent the OD and Change profession.

For those of you that have travelled to South Africa before, you will know that our country is accessible and rich in what it offers traveler-learners. We will bring some of our local culture and flavours to the conference. We would also like to encourage you to see more than just the surrounding winelands and coastal area in your exploration. There is so much biodiversity and diversity of people and places in our country of 50 million people.

OUR FAVORITE TRAVEL TIPS FOR STELLENBOSCH 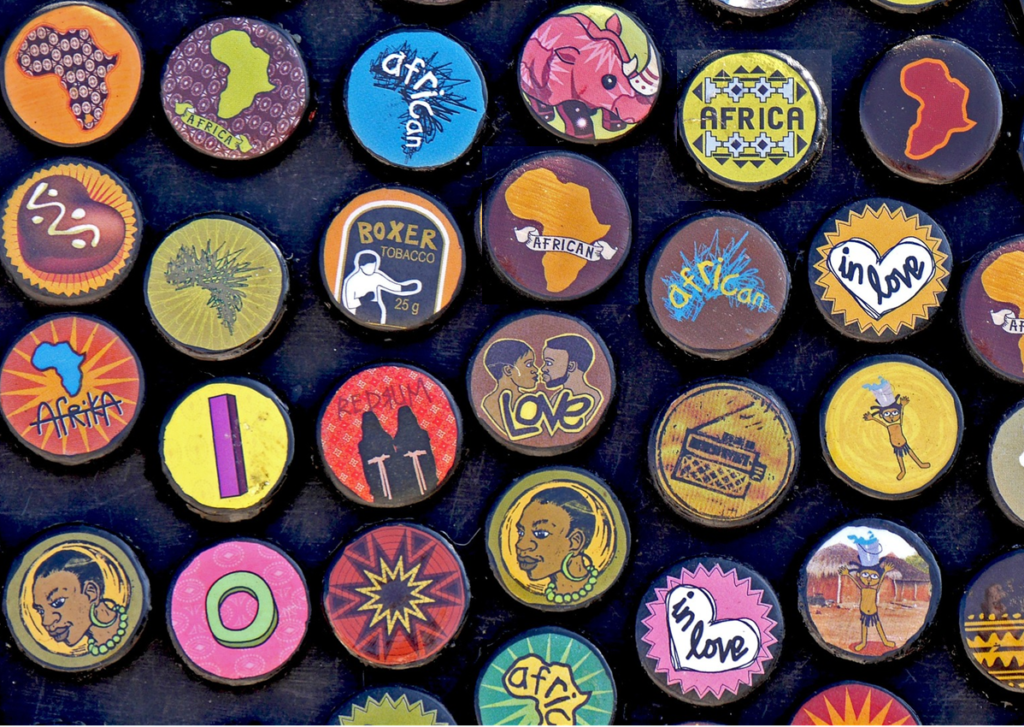 SOME QUICK FACTS TO HELP WITH YOUR PLANNING

The conference runs from Wednesday 6 September to Friday 8 September 2017. On Monday and Tuesday 4-5 September a number of pre-conference workshops will be on offer. There will also be options for more informal post-conference experiences on Saturday 9 September, as well as for accompanying persons who are not attending the conference on some of the conference days.

The venue is The Sustainability Institute, located between Stellenbosch and Cape Town. This is not a hotel-based conference venue; it is a social and ecological living experiment, inclusive community, and centre of learning. The organising committee has intentionally selected this venue because of its potential to provide a context that will deepen the conference experience.

HOW TO GET THERE

Cape Town International Airport (CPT) is around a 25 minute drive from the venue and surrounding accommodation. The venue is also next to Lynedoch train station, which has services from the Cape Town city centre – see http://cttrains.co.za/ Please be aware that the trains do not always run on schedule.

The standard conference fee for three days, excluding accommodation is $750, but various discounted rates apply, including for members ($600 for the early bird), pensioners ($500) and full-time students ($350). See http://www.iodaflourish.org.za/pricing.

Registrations for the conference are already open to IODA members. If you are not an IODA Member for 2017, please renew your membership to qualify for member discounts. Early Bird rates apply until 30 April 2017. The registration form for the conference is available on http://www.iodaflourish.org.za/register-1

As usual, IODA will offer 10 IODA Scholarships to all those who would like to participate and need our support in making it happen. These IODA Scholarships will not cover travel costs and visas. Applications can be subbmitted until April 10, 2017. If you need support  please contact Silke Haebold at silkehaebold@online.de or James Eckley at info@saodn.net. Applications can be subbmitted until April 10, 2017.

If you haven’t done so already, please sign up to receive communication at www.iodaflourish.org.za.

On social media you can find us at:

Eventually, after decades of international sanctions and boycotts, opposition from the ANC and public uprisings, the South African apartheid government agreed to repeal apartheid laws and hold democratic elections.

In 1994 Nelson Mandela was voted in as the first black president of South Africa; 27 April is now celebrated annually as Freedom Day.

ABOUT CAPE TOWN AND STELLENBOSCH

Cape Town has received numerous international awards as one of the best cities in the world to visit. It offers natural beauty, beaches, culture, food, nightlife, and adventure activities. It is also renowned for its friendly and welcoming people. So whether you want to hike, eat at a world-class restaurant, or try shark cage diving, there is something for you. Our iconic Table Mountain was voted one of the new 7 natural wonders of the world. However, alongside this beauty, Cape Town is grappling with numerous challenges around economic, social and racial diversity and inclusion. 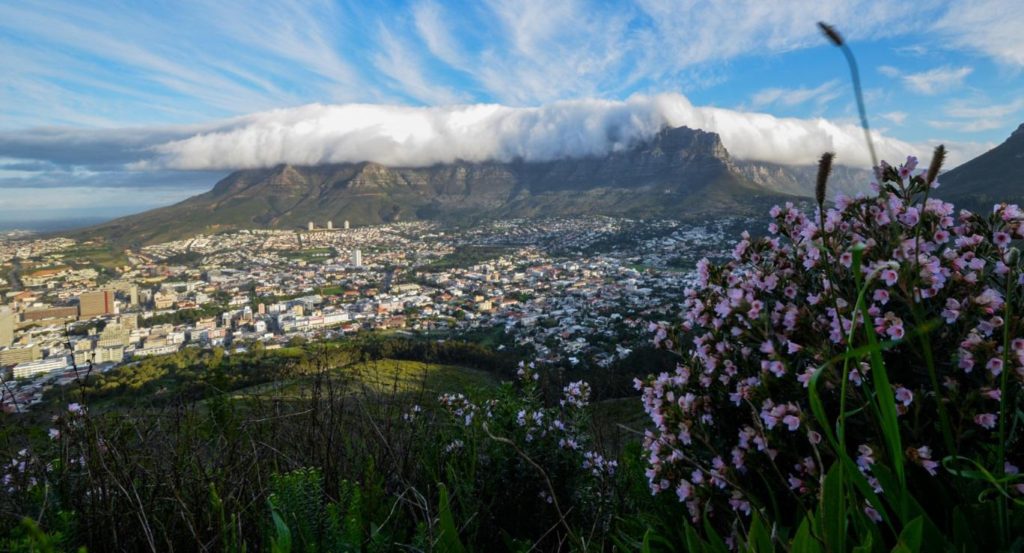 Stellenbosch has a lot to offer the visitor, but also has a context that is highly relevant to our theme.